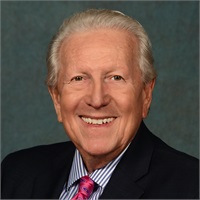 Stan began his career in 1982 as a Registered Representative working with individual investors at several firms until the early 2000's. At that time, Stan founded Market Timing Services, a registered investment advisory firm. In addition, he created a training and consulting firm that assisted financial institutions in the recruiting and training of financial advisors. He co-authored a book on the Series 7 (The exam required to be passed by all new Financial Advisors). Stan used this book to conduct Series 7 exam preparation classes for many financial institutions, including banks, insurance companies, brokerage firms and investment companies across the United States. He has also taught this same class as an adjunct professor at Palm Beach State College.

Stan continued this activity through 2006, holding his licenses at various firms until accepting a position as a Compliance Supervisor with a major independent Broker/Dealer.

In early 2007 Stan joined Edward Jones as a Financial Advisor in their Hollywood, Florida office. In 2010 Stan transitioned into a full time Business Development Coach. He served as a motivator, mentor, educator, and subject matter expert for Financial Advisors along the Eastern Coast of Florida from Key West to Port Orange. Stan currently holds the following securities registrations with LPL Financial Series 7, 63, 65 and 66, as well as his state of Florida life, health and annuity licenses.

Stan and his wife Susan reside in Lake Worth, Florida. They have four children and are the proud grandparents of seven.