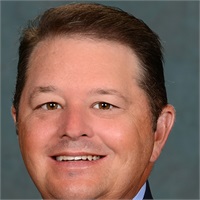 Bill Grant began his career in 1998 in the financial industry as a Wealth Advisor. In 1999 he was promoted to management working with prominent firms including AXA, National Life, Prudential and Synovus Securities. Bill holds his Series 7, 24, 63, 65 (held with LPL Financial) and State of Florida Life, Health and Annuity license.

Bill graduated from Jacksonville University in 1992 with a business degree in Marketing and Finance. He spends much of his professional time placing his client’s financial objectives first and provides strategies focused on their financial objectives. He is empowered in making a
difference that ultimately benefits his clients.

Bill has been married to his wife Shelley since 1993 and has two daughters and a grandson which he enjoys spending quality time with and is an avid golfer.